When I was twelve, my dad bought what seemed to me an old, run-down car after selling the SUV he’d bought brand new just a few years earlier. At the time, I was embarrassed. Now, when I reflect on that decision, I realize that he was modeling love, sacrifice, and protecting his most important priorities. 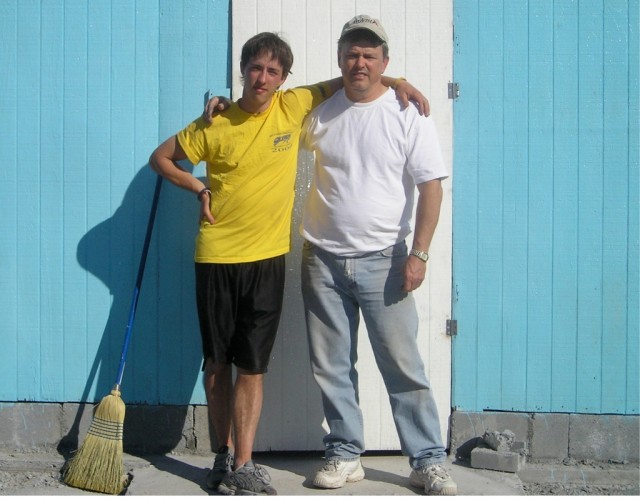 My dad and I served together on the team that moved and painted this chapel in Mexico.

A few months earlier, my father had left his job to start working with another firm. The move was a great opportunity, but he was starting from scratch, and, as a result, our family’s finances were tight for a few years. So, to free up funds by eliminating his car payment, my dad sold his late-model Suburban and bought my great-grandmother’s compact Dodge sedan, which was several years older, but could be bought outright with the equity from the Suburban and leave money to spare.

At twelve, I was embarrassed. The car was much less nice than most of my friends’ parents’ cars. He’d traded an SUV with a 350 engine for a 4-cylinder sedan with very little horsepower. It was only years later that I realized the power of my dad’s sacrifice. He traded pride and status to ensure that his most important priority—meeting our family’s needs—was protected.

Today, his example inspires me to live in a way that exemplifies my priorities, particularly when it comes to money. Aside perhaps from our calendars, there is no greater indication of our priorities than the way we use our money. For me, being a disciple of Jesus is the highest priority in my life, and I’ve tried to make sure my finances reflect that, even as my circumstances have changed over the years.

Growing up, giving to God’s work through the church was something I tried to do when I felt able. In high school, I’d throw some cash into the offering plate if I had some—a few dollars, sometimes even a five or ten—but it was generally an afterthought.

That changed my senior year. All seniors were required to attend a seminar on personal finance, and one of the panelists from a local bank shared that he’d been taught to save 10% of what he made, give 10% away, and live on the other 80%. Something about that made sense to me, and it resonated with what I’d been taught in church about tithing—giving the first 10% of what we earn to God.

So, I tried it. I started giving 10% of what I made mowing lawns, and I put 10% into my savings account. I continued tithing what I made at my work-study job in college and my church internship in seminary. I was able to do this because I prioritized giving over other competing demands.

When Courtney and I got married, we decided that tithing would be a priority in our marriage. While there were a few months early on when we held back out of anxiety, for the vast majority of our marriage, we have given 10% of our income to the work of God through the church. A few years ago, we also decided to set aside an additional percentage to support ministries outside the church. 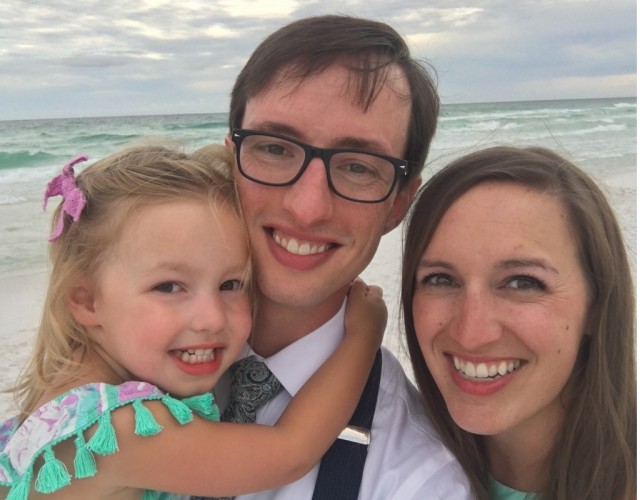 There have been challenges, though. Our daughter was born in 2015, and childbirth costs consumed a significant portion of our income. As a pastor and youth minister, neither of us have high-paying jobs, and we had to make sacrifices. We spent less on vacations, ate out less, and got rid of cable, but we maintained our giving level. Giving to God was too important a priority to sacrifice.

Earlier this year, we moved to Acts 2 and had the unexpected opportunity to buy a house, and again, we had to find ways to spend less. But we have still continued to protect our priorities and give 10% of our income to God. While there have been times that have been tight, God has provided through our churches, family, and friends, and we’ve always had enough. And I don’t miss the money we give away—I celebrate it. I am thankful for the privilege of being able to support the amazing work of God in the world. Because giving is not just a priority. It’s a joy.

A few years ago, the time came to replace the car I’d driven since college. So I bought a 9-year-old car that doesn’t have a backup camera, GPS, or seat-warmers, but it fit our budget and our priorities. We could afford to pay cash for it. It continues to be a great car for us, and it has allowed me to continue giving to God’s work and to follow my dad’s example of protecting my most important priorities. 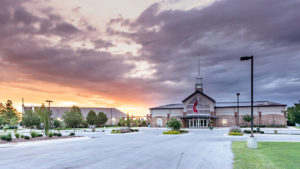